Today author Curtis Deeter is my guest. His short, “Clark the Herald Sings,” was just published in the anthology “A Contract of Words,” which includes 28 authors from all over the world. Here is what he had to say about life, writing, and his story:

1. Besides writing, what is one thing you couldn't live without?

Food. One of my greatest pleasures in life is going on adventures to new places and trying their food.

2. What was your inspiration for your story?

Mostly, I like the idea of personifying grand, hard-to-process ideas. “Clark the Herald Sings” attempts to do this in a subtle, yet fresh way. Also, Terry Pratchett. He’s done it the best and the most digestible of any of the authors I’ve read to date.

3. If a genie could grant you 3 wishes, what would you wish for?

I’d wish for enough money to contribute to bills and still go and do things, so I could quit my day job and focus on my creativity full time. I’d also like to ensure my parent’s happiness. My third wish would be for pizza. Lots and lots of pizza.

4. Has reading influenced your decision to be a writer? What book(s) made you want to write?

Absolutely. I’ve been an avid reader since a very young age. 20,000 Leagues Under the Sea was the first book that made me want to write. It was so vivid and detailed and exciting at times. Then, I started branching out and saw how diverse the universe of story truly was. Needless to say, I was hooked.

5. Would you describe your writing process? For example, do you write in a specific place, have music playing or is that a no-no, lean toward outlining specifics, or are you a pantser?

I like ambient music in the background when I’m writing and energetic rock/hip-hop when I’m brainstorming. I am somewhere in between a pantster and a plotter, though I rarely wear pants when I’m actually working.

6. When faced with the dreaded “writers block”, how do you push through and find inspiration? Is there a ritual or process you have to get yourself back on track?

Normally, I’d say write through writer’s block or claim that it doesn’t exist. I still try to write through it, but I’m starting to understand where people are coming from more every day. My job sucks the creativity out of me and it’s been a struggle. Writing through has only helped on a fraction of the days. Reading, too.

7. Did you know how your story would end when you started writing it? If not, did plans change while writing or did you improvise when you arrived?

I did. I tend to know the beginning and I have a general idea of how a story is going to end. It’s the middley parts that surprise me.

8. If a movie were to be made of your story and you were in charge of casting, who would play your characters? Who would direct?

Tough question. Rory McCann or John Bradley for Walter. They’d have to be hunch-backed, though. Sam, he’s sort of an ordinary, sarcastic kind of guy. Maybe Arthur Darvill? Or Noel Clarke. Yeah, I like nerdy shows. You caught me.

9. How close did your story end up being to the original concept you had in your mind? What were the biggest changes? Why did you make them?

For once, pretty much spot on. It was a quick write. I didn’t give my brain enough time to completely transform it like I normally do.

10. What book were you reading when you thought, this stuff sells??? Oh, hell, I can do that…

There are a lot of books out there. I don’t like spending too much time on books that I’m not impressed by or totally immersed in. However, I did read the Hunger Game series and I’m convinced my writing is at least that good. My story telling, maybe not… but most of the young adult stuff I’ve encountered has been pretty basic as far as writing quality is concerned.

11. Did you have to do any odd research for your story? How did you conduct that research, and then how was it used in your story?

Not for this one. Again, it was very quick. It’s more the start of an idea that I’ve thoroughly researched since submitting “Clark”.

12. If you could pick one place to sit and write, where would it be?

On the front porch of a secluded, lakeside cabin. With a glass of wine and snacks nearby.
13. How closely do you relate to/identify with your characters? What inspired them? Did they take over your story or did you direct them?

Part of me can relate to Sam. He’s just an ordinary, anonymous guy who finds himself faced with enormous opportunity. I never really understood the concept of a character “taking over a story” or when a writer says something like, “I don’t know, Daisy just serial murdered those four jocks that she didn’t like. I didn’t see that coming at all.” Come on. Yeah you did. You wrote it…

14. What do you consider your all-time favorite novel? One that you would read again and again.

American Gods. Or Good Omens. Neil Gaiman is the storyteller I aspire to be, and there’s always something new when I return to his worlds. Same with Pratchett, which makes Good Omens an excellent 2nd pick.

15. How much of your writing is outlined from the beginning and how much of it is ‘pantsed’ or written on the fly?

It’s about 60% pants, 40% outlined. Sometimes, when I’m feeling wild, I’ll sit down and outline entire sections at a time. Other times, it’s pen to paper.

16. What are your favorite snack-as-you-write or eat-as-you write foods? How do they help your creative flow or process?

Pizza. Beer. Both always help my mood. I’m a much better writer when I’m fed and doing happy-food dances.

17. How is your ACOW story typical or atypical of your writing in general?

It’s typical in the magical, fantasy extent. I’ve always liked imagining different version of our world. It’s atypical by being short, to the point, and dang-near written in one, furious sitting.

You can order on Amazon (worldwide), Barnes & Nobles, Books-A-Million, or get a FREE companion soundtrack CD if you order through Scout Media’s online store here: http://www.scoutmediabooksmusic.com/of-words-series/ 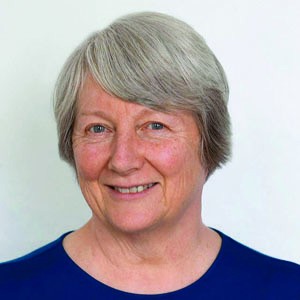